The city as a visual poem

In this small piece of France in the foothills of the mountains, inspiration comes from a medieval quartier, itself a heritage monument, where streets and facades from an ancient age, evoke, tell, whisper timeless stories.

Revealing a city pictorially in black and white, using natural photography, is an invitation to observe, reflect on and capture the emotions that emanate from the city lights.

Like the Camino de Santiago passing through the town, browse images as though in a dream ; in a symbolic pilgrimage, In & Out, discover a precious architectural Whole with a contemplative mind.

Un Tout, In & Out, a subject in itself, a global object
where representation echoes the soul of the city..

Un Tout
In & Out
substance

Experiential study that lends itself to seeing, reading and feeling moments in a city through their representation, Un Tout In & Out is an experimental booklet, a manifesto project where photos, texts and design meet in a concept on the universal pictoriality of a living place, an urban entity and its architectural reality.

It’s in this duplication, In & Out
that we perceive the Whole from every One,
that every One is in the Whole.

Materials, angles, everything matters according to the angle.

Writing the light to sketch visual representations of a multiple space, with an alphabet composed of streets, walls, windows, roofs, textures, details, ... like so many letters of variable meaning.

Perceiving the photographic grammar through the architectural subject.

Words, then sentences emerge from their composition, from their assembly, in a syntax made of perspectives, diagonals, symmetries, contrasts, voids too, dots, spaces, silences, breaths.

The city becomes a visual poem, over time revealing itself In & Out, recalling its timelessness, at least on a human scale; the measure of a time slowed down. 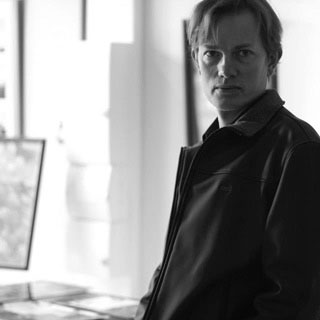 Photographer, graphic designer, Pierre-Emmanuel MICHEL has mostly lived in Paris, Bordeaux, Manila . He’s now based in his adoptive region of Aquitaine, in south west France, in Oloron Sainte-Marie in the foothills of the Pyrenees mountains, where he’s developing his local and global activity.

Freelancing and working as a communication agency art director, he also takes an artistic approach to photography. Since 2010, his work has been exhibited in France, Spain, and the Philippines.

“Photography is a natural extension of my background, finding in reality a complement to my pictorial work. Since childhood, I have been fascinated by the image, first by its formal dimension, its technical aspects, and then particularly by its relation to meaning - its semantic, symbolic aspects. Visual representation has become a way of life.”

Would you like to own a signed print of one of my images?
Get in touch via the online form or pay a visit to the Existences studio or an exhibition to talk about your intentions. Whether a one-off print or from a limited edition series, each print comes with a certificate of authenticity.

Would you like to own a copy of the book or offer it as a gift?
Simply order the book online. Printed one by one or in small quantities (possible discount), on quality paper, it’s a real artwork piece!

Universal in its appeal, this project evokes a city in its essence through photography and detachment, bringing together graphic design and words. With its variable geometry, it can be shown in different ways, putting the accent on one or several aspects according to your goals.

If you want to share about this project on your website or blog, you can download here a couple media items. Don't hesitate to send me a note to have more information.

If I encourage you to show those image online, the resolution in too small for print publishing. You can ask me for high definition files.

Don't forget that those pictures, like the whole content and rights of this project belongs to me, and that every comemrcial use is forbiden.

This project is a concentrate of my skills, I invite you to explore my website to discover my artistic projects, services and solutions in Visual communication.